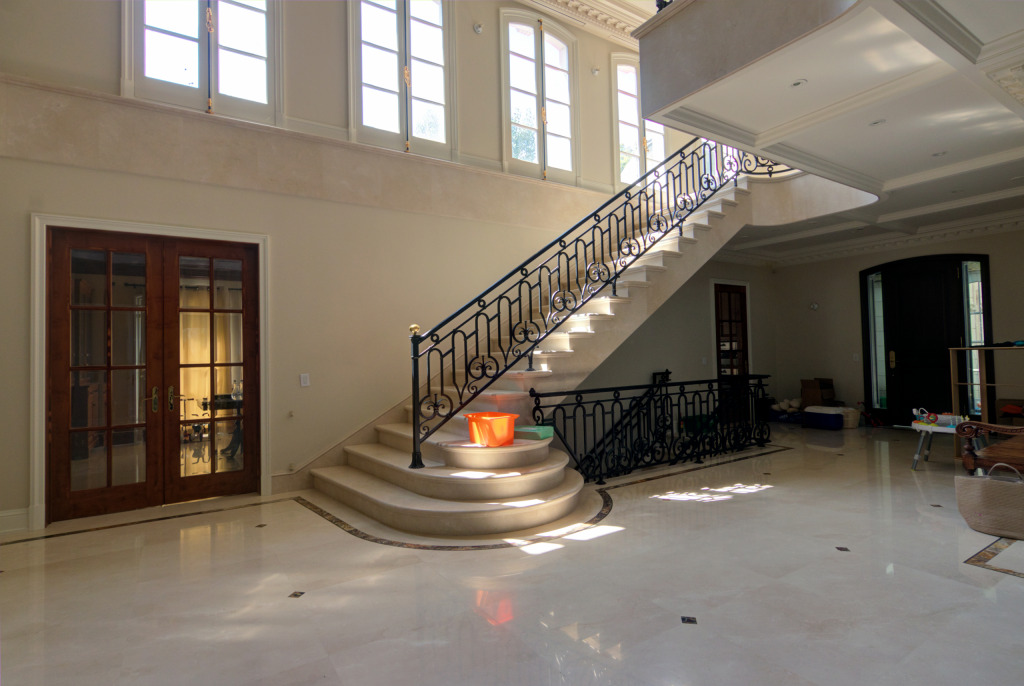 I’ve named this house the Goldilocks Mansion because… well the story goes like this: I’d learned about this house by searching Google for potential new places. This house was one of the results. I wrote the address down and it sat on my computer for several weeks until our last roadtrip when I added it to our agenda.

We weren’t sure if anyone lived here. Peeking into the front lobby, I noticed several pairs of shoes. In contrast to this, we noticed several empty rooms. We wondered if perhaps someone might be squatting here? We walked the perimeter and checked the doors. Each time we tried one, it was locked. I noted that the exterior light fixtures weren’t installed yet. It seemed like the house was under going work.

After we’d rounded the final corner, I tried one of the doors with a glimmer of hope… and sure enough it opened. We immediately checked for the presence of an alarm and were satisfied that while there was one, it was not armed.

One of the basement rooms is set up as an art studio. There are completed art pieces hung on the wall and artist paint supplies on the table. In another room I observed several work tools such as saws, etc. It appears that someone had been doing construction on this mansion. At this point in time it was unclear to us whether the construction was ongoing or had been halted.

We quietly made our way upstairs to the main floor and I felt satisfied that we were alone, despite the many shoes in the entrance. The living room has a fireplace and walnut flooring. There is barely any furniture in this room, and the carpet has been rolled up.

In the kitchen we observed several dirty plates in the sink as well as the smell of East Indian food. Surely someone had cooked a meal here not too long ago. The kitchen cabinets in here are wooden with marble countertops. On the table are some notes pertaining to the maintainance of the house.

In the library, there are several binders and office supplies laid out. It’s evident that someone may be still using this area for some purpose.

We walked up to the top floor. The bathroom here features a large tub, make up table and walk-in shower. The master bedroom is at the end of the hallway. I approached the bedroom and looked inside. I saw a bed with a bedspread on top of it, in a position that suggested someone had tossed it off of themselves and gotten out of bed. There was also a distinct smell of after shave. So it was at this point that we collectively decided to ‘nope’ out of here and move on to the next location. There was another floor above this one, but we didn’t stick around to look.

You might say that we were the Three Bears in the house of Goldilocks. For someone had been sleeping in the bed and we were the three bears (myself, Bourne to Explore and UrbexxAnonymous). I don’t know if workers stay here while working on the house, if the house is in stasis or if someone is squatting or living here. It’s all part of the process of discovering new places and learning the stories behind them.

The land was purchased in 1994 for $850,000. The mansion had additional construction take place around 2010 but it was never quite completed. The house contains half a dozen bedrooms and almost 10 bathrooms. Some of the features include marble floors, a library and the house also has an elevator.

A clue as to why the house may not have ever been completed may be found in an obituary for the woman who owned the house. She passed away in 2012, at the young age of 55.

In 2016 ownership was transferred to a family member.

Sat Aug 13 , 2022
Nighswander Equestrian was the business venture of Gloria and Jim Nighswander who lived in Aurora, Ontario. For over five decades Gloria and her staff taught students saddle seat riding techniques, provided riding lessons, and offered education on the variety of horse breeds. Nighswander Equestrian also offered indoor and outdoor boarding at their year-round operation. They also […] 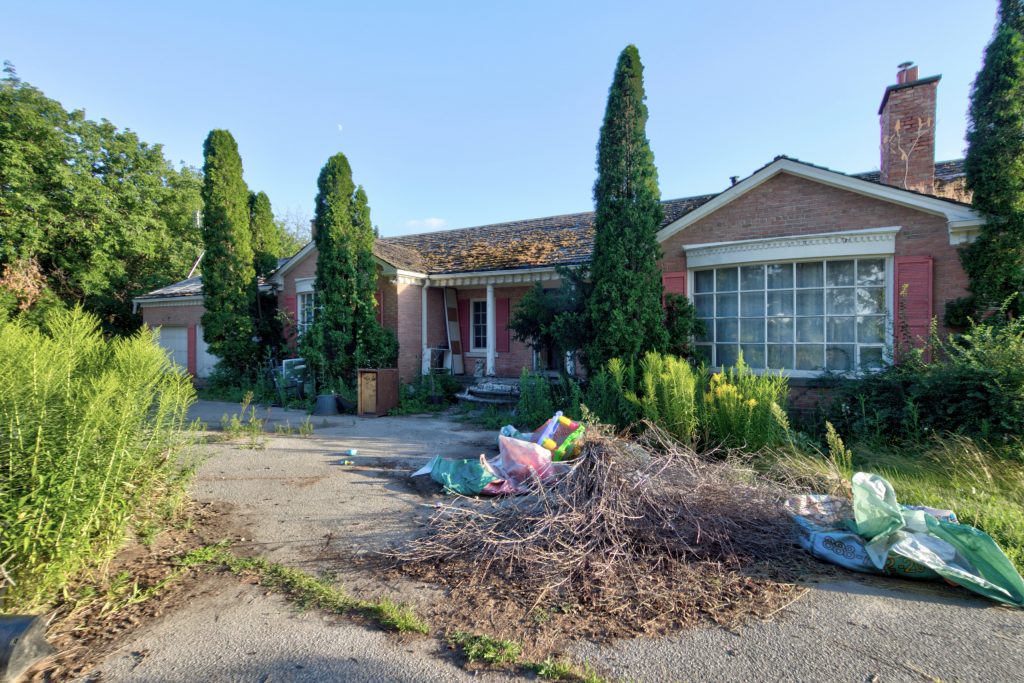