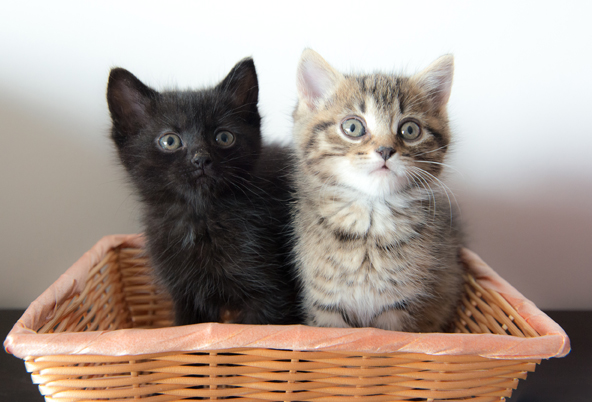 After Darkman and I spent the day exploring the Toronto area, I drove as quickly as I could to reach Camp 30 in Bowmanville, Ontario before sunset. We arrived at Camp 30 by 8 P.M. and upon exiting the car we could see (and smell) that something was wrong. Smoke could be seen billowing the upper windows of one building. We walked around to the rear of the building where I walked inside the building. I found that a bonfire had been lit using part of a wooden pallet. Arson is nothing new when it comes to abandoned buildings but this was my first time encountering one. 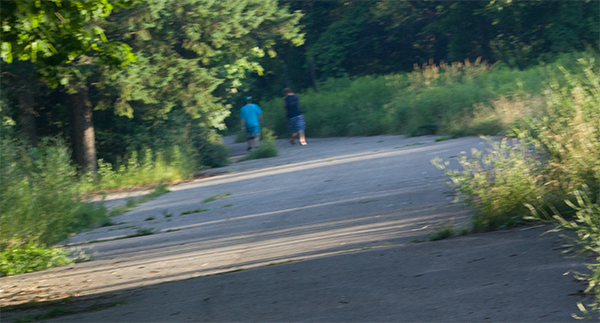 Given the potential for the fire to spread to the walls, Darkman notified the fire department and provided a description of the two males we had seen leaving the area.

The response time of the fire department was less than five minutes. The police arrived and took a statement. We hadn’t seen the youths lighting the fire so it could be they weren’t involved. 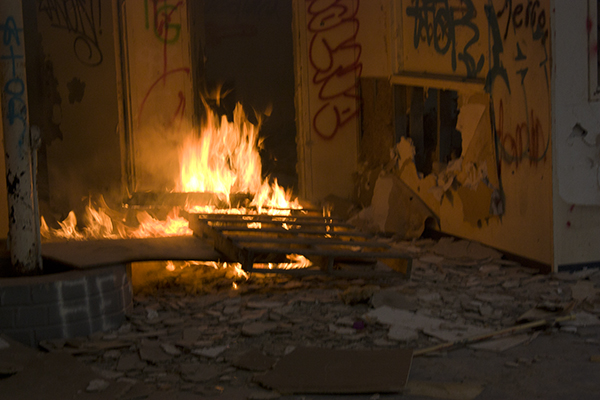 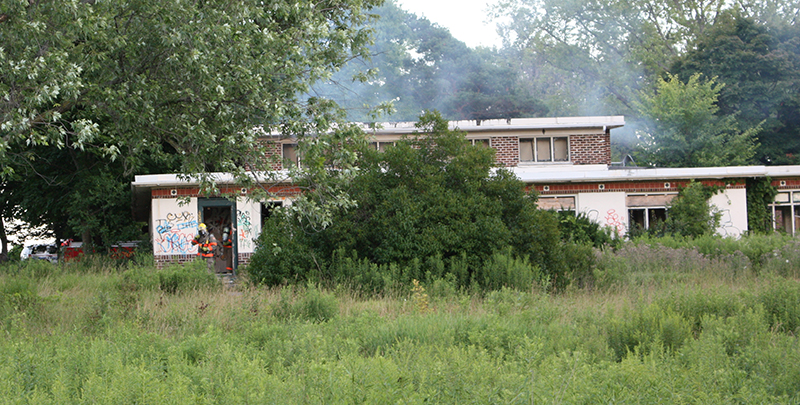 Had I not arrived 20 minutes late and had we not stopped for gas we might have arrived before this fire was set. As the fire department and police were taking care of the situation I remarked to Darkman, “This is going to bring us good karma”.

The police indicated that these calls occur almost every day. A suspicious fire already destroyed one of the Camp 30 buildings in 2009 and the cycle of inevitable destruction is ongoing. Once a building is abandoned, attempts are normally made to try to preserve it from vandalism and mischief. Boards will be put up, doors will be locked and security will make the occasional patrol. Graffiti will begin to appear on the outside of the buildings and glass will be broken.

When interior access becomes available at an abandoned location, the graffiti spreads like a plague and almost every pane of glass becomes broken. We’ve seen it happen in abandoned hospitals, houses, and schools.

Unless a property owner continually maintains security of their property it can easily be destroyed completely in a month along with it much of the resale value. At Camp 30, attempts had been made to place large boulders in front of the doors and to place fencing in front of windows. Now makeshift ladders have been erected leading to the now smashed windows. Doors that once were blocked with boulders are now open. Security used to check up on the property regularly but the patrols are sporadic now. The fencing placed in front of the windows has somehow been bent down to ground level. With an absence in security and the remote location of this property, the vandalism has left the buildings completely trashed.

My partner in karma and I continued to explore while the fire department and police finished their work. By 9:20 PM the sun had set and it was time to leave Darkman decided to have a quick cigarette before we left.

As we were standing outside the car, I saw a small dark animal moving through the grass next to the road. I asked, “Is that a squirrel or chipmunk in the grass?”

We didn’t pay much attention to i,t however the animal continued to rustle about in the grass just a few feet from us. As we moved closer to the grass we realized that these were two small kittens. 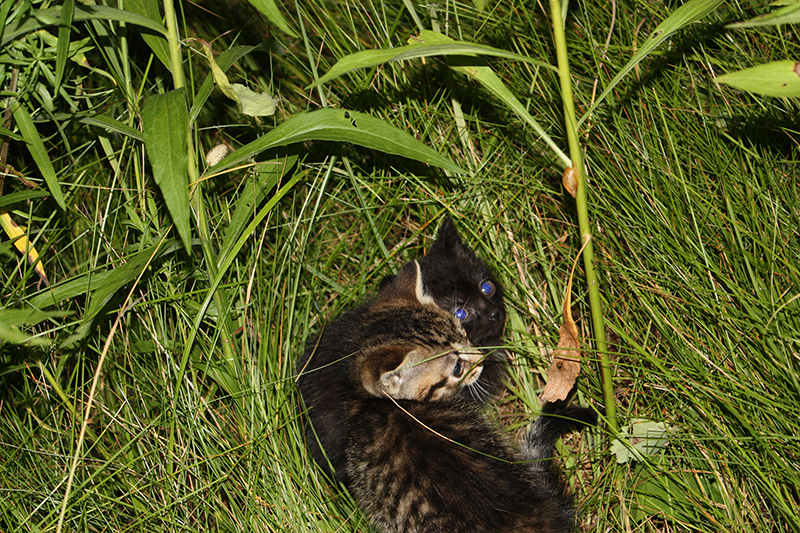 My next reaction was exclaiming, “Oh shit! A wonderful day spent exploring will now end badly.”, along with a few other expletives. My mood had soured because I knew we couldn’t drive away at this point – it was out of the question. I didn’t like being faced with this situation. I’d have to ensure these little kittens were safe before I could leave here.

We picked them up, one was a small tabby cat and the other a black cat. The kittens appeared to be no more than eight weeks old. We waited for a bit to see if a mother or other kittens would show up, but none appeared. Not sure what to do we decided to approach another group of people who were exploring Camp 30, to see if they might want the kittens. Just as we neared their car they drove off unaware that we wanted to speak to them.

The decision was then made to put them in my car and take them somewhere – we just weren’t sure where. I thought about looking up the local animal shelter and dropping them off but it was 9:30 PM and I didn’t have internet access.

Fortunately Darkman, who was not necessarily fond of cats, offered to take them to his place. We began to drive back home which took approximately 90 minutes due to construction along the highway. I was concerned that they might urinate or defecate inside the car, cat urine having a strong scent that’s difficult to remove.

It was painful to listen to their tiny meows from the back seat. After approximately 10 minutes my friend picked up the tabby cat (“Bowman”) which he proclaimed was his own, while the black one (“Blackie”) which was proclaimed to be mine, cowered in the back seat.

My exploring partner indicated that his girlfriend was more of a dog lover but I knew that he wouldn’t be able to resist these lovable little things. At one point along the journey I turned on the interior light and glanced over. There was this tiny cat (Bowman) curled up with her eyes almost closed, ready to go to sleep. She was looking up with her small eyes at this large tattooed exploring man who had plucked her from the grass not more than 30 minutes earlier.

At this point it dawned on me just how dependent these little things were upon us now. They had no food, no shelter and no mother to feed them. They were in good health, certainly not afraid of us, well groomed and not feral. The human and feline bond was already being established.

We stopped at a drug store and I picked up some litter and cat food. I gave my new adoptee the three minute guide to caring for cats and dropped the three of them off at his home. In an hour or so his girlfriend, the dog lover, would meet these little kittens.

Three things were certain on this day:

One was that every event of the day led to us finding these kittens. Had there not been a smoke break, a gas stop, or any of the other interactions that took place this day, it is quite possible we wouldn’t have been standing at the side of the road when these two kittens made their appearance.

The second certainty is that this day saw two acts of karma. 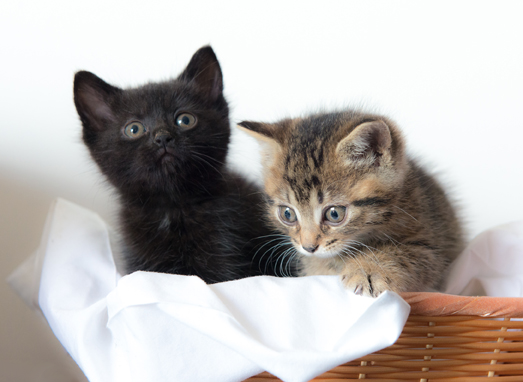 We are all interconnected.

I worried that perhaps we’d taken these kitten from a mother who would be distraught and searching for her offspring.

It did not sit well with me. I sought the help of numerous people from Facebook who lived in the area by asking if they would visit the area and try to locate either more kittens or the mother. There were negative results. I also placed an online ad indicating that two kittens had been found in Bowmanville, again with negative results. There are no houses in the immediate area, although there is housing further to the north. I am satisfied that we did the right thing and saved these two little gals from a poor future. Were these kittens dropped off or did they stray too far from home? The online ad remains up just in case.

As for Blackie and Bowman, Blackie was quite small and we were initially concerned that she might not make it. I am pleased to inform you that as of tonight they have been adopted by a couple who own two older female cats. My friend felt that the kittens would receive the mother-like guidance that they might require. Where Blackie was initially shy and would hide, by the time she left for her new home she would come running every time Darkman walked in the door.

I’ll close with the final words from the other half of this story who wished to remain nameless: “A part of me is sad to see them go, but way better in the long run for them to be with cat people.”

Fri Jul 30 , 2021
In June of 2019 I was out in the Hamilton area exploring an abandoned house. Due to observing a vehicle on the property I skipped the exploration and moved onto the next location. Another explorer (ForgottenOntario) would later visit the same vacant house, and discover a colony of cats. One of the cats had a […]