I was out exploring some places today. In one location I found that I was not alone – another explorer was with me. He was discovered inside of a house that reeked of cat urine. I looked for a cat bowl, litter box or anything that might suggest this fellow belonged there – but could find nothing. The kitchen was empty, the fridge door wide open (empty) and bags of garbage were piled outside. Old chairs, computer parts and old oil containers littered the yard. There was no doubt this place was vacant and had not been lived in for quite some time. 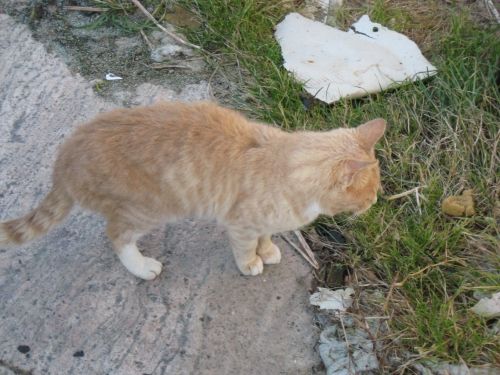 There were no neighbours in the immediate area and I was quite convinced that this was the cat’s home.

Ethics… take nothing but footprints… or allow a cat to succumb to the elements. Oh what to do!

Knowing he would probably not last the winter, I decided that the right thing to do would be to take him to a shelter. The problem was, I wasn’t going to let him loose in the car because cat urine does NOT come out of upholstery . I tried to lure him with the promise of an empty container of food, and put him into a garbage container. Unfortunately he was able to jump out. The only lid I could find, did not fit the container and the cat escaped.

I gave up and went on my way exploring again. Passing by the house on my way home, I thought about the little fellow and decided to give it one more try. 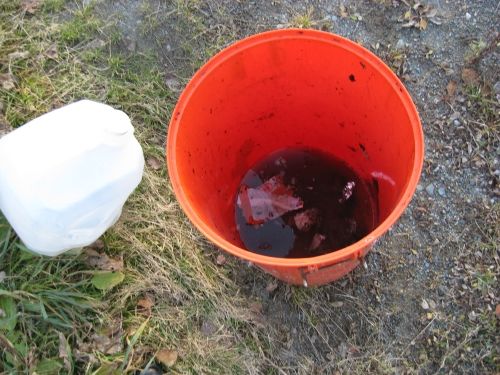 Yes there is a cat inside there… with holes for air. I made it to Sudbury with the cat very much alive. The sound of mewing along the drive home was both heartbreaking but reassuring because it told me that my explorer friend was alive.

I phoned the local Pet Save and received no answer. I then tried the City’s animal shelter. It was 5:00 PM by now and I was sure I’d have to keep him overnight. That would have been done using a cat carrier and food, not in a garbage container of course.

The city agreed to take him, but only after I had been assured that they do NOT euthanize their animals. 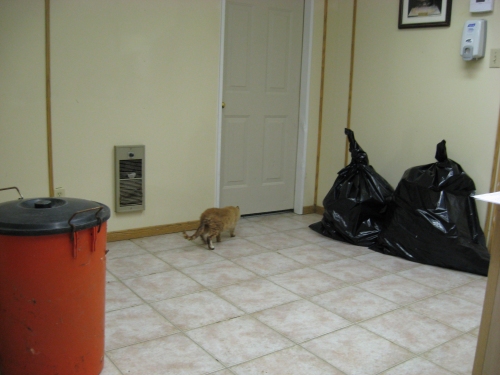 He was dirty from the garbage container and immediately began to clean himself. I felt much better knowing that tonight he’d be sleeping in a warm environment, not a cold home without food.

They checked to see if he had an RFID chip, he did not. I will be phoning the local animal shelter in the area that he came from just in case he does belong to someone – which I highly doubt.

“Oh… uhm well I found him in Sudbury then”

And with that, they proceeded to complete the paperwork. 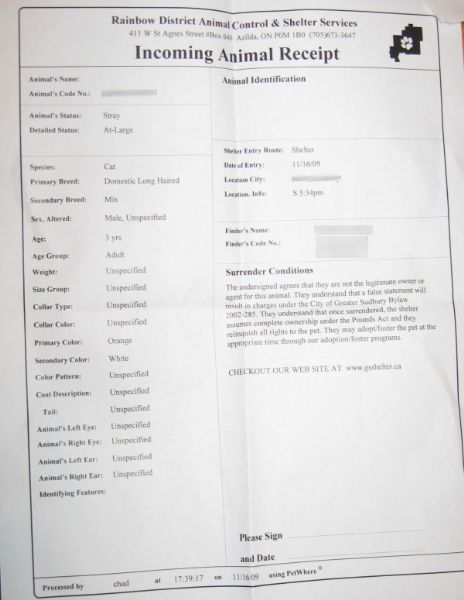 Fri Jul 30 , 2021
This took place in December of 2015. Motleykiwi, JimmyEnduro and I were exploring the St. Thomas Psychiatric Hospital in St. Thomas. In one of the rooms we observed a Cooper’s Hawk trapped in one of the rooms. It was trying to get out but the windows were closed. Jimmy used his hat to cover the bird […]