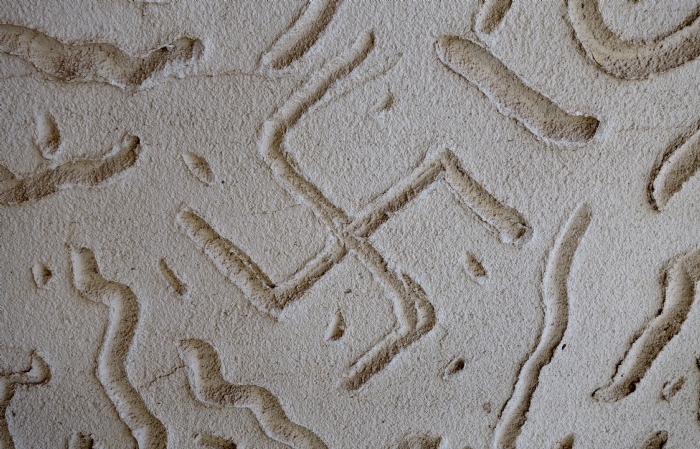 The Martin Weiche Nazi House as it’s commonly referred to is located on Gainsborough in London, Ontario. Weiche referred to his home as The Berghof. Martin Weiche was born in the East German town of Lebus in 1921. He and his family moved to Berlin in 1938. He became a member of the Hitler Youth Movement.

Weiche was a self-professed Nazi who fought for the Germans during the Second World War. He arrived in Canada in 1951.  How did he ever make it through immigration?

Weiche said that he found out through his business dealings with Jews, that they never kept their word. Weiche also said that Jews had a desire for wealth whereas Aryans when they were financially successful would move on to other interests such as art and music.

Weiche worked as an electrician, construction of the Fanshawe dam and went on to build and manage apartment complexes in the London and Sarnia area. In 1962 he incorporated a business named Weiche Apartments Ltd. Each of his children were given shares in the company.

In 1967, Weiche purchased a property located on Gainsborough Road in London, Ontario where he built his home approximately three years later.  The front of the home was guarded by two Third-Reich eagle statues, one on each side of the driveway. He modelled his home after Adolf Hitler’s Bavarian mountain home and named it “The Berghof”. In his den was a wall filled with guns modeled after Hitler’s Alpine Retreat.

In 1968 Weiche ran in the federal election as a National Socialist.

In 1972 the Toronto Sun published an article about the Ku Klux Klan being in Toronto. Shortly thereafter the Contrast newspaper received a letter from someone who identified themselves as Martin Weiche. The letter stated that there were no Klan members in Canada simply “ordinary folks who don’t like n****”

On November 8, 1974 Weiche allowed 25 members of the KKK to use his property for a cross burning ceremony because, “they needed a place” Weiche was quoted as saying.

“I am a Nazi, I am not a lunatic,” Weiche allegedly once told a London, Ontario divorce judge. On the topic of marriage, according to a June 25, 1981 London Free Press article, Weiche was on his third marriage. He had seven children from his first marriage.

By 1982 Weiche had become bankrupt losing approximately 270 apartments in London and 74 in Sarnia. Weiche indicated that the bank had foreclosed on his loan due to his Nazi views.

Among the items owned by Weiche were an autographed copy of Hitler’s Mein Kampf which he kept on a shelf beside a Hemingway biography .

In his back yard was a large swastika cut into the grass. When Google Satellite View was introduced, the location became a controversial topic. Amusingly enough the swastika was made facing the left, a sign for Hinduism and Buddhism.

Weiche ran for the mayor of London in 1976 and gained 3% of overall votes.

In 1986 his family’s company name was changed to Weiche Estates Inc.

Around 1992, approximately forty members of an Ontario Aryan Support Group attended the property for a cross burning ceremony.

Following his death in 2011 from liver failure, Martin Weiche’s widow Jeannet remained in the family home. His two sons, Jacob and Allan then sued the estate when they learned that the estate had been willed to Jeannet. The furniture and personal items were left to his wife except for the items in the living room. The living room was styled after a room in Hitler’s retreat including a portrait for Hitler. Those items were to remain with the property.

The brothers want the court to declare the 2004 property transfer was “fraudulent.” In their statement of claim, they’re seeking an injunction to stop the defendants from doing anything with the property and want a court declaration that Berhof Estate Inc. holds the title in trust for the family.

The property worth $1.2 million the sons claim, was to be developed and severed into seven residential lots. Middlesex County wouldn’t permit the rezoning. Weiche and Jeannet transferred ownership of the property (known as Weiche Estates Inc.) to a company under Jeannet’s control.

Jeannet claimed that it was her husband’s desire to cut the kids out from the will. The driveway foundations are there today but the eagles are long gone.

The swastika cut into the grass is now overgrown. The house has suffered some water damage on the ground level.

Martin wrote a memoir titled, “I Did Not Die for the Fuhrer”.

I explored this location after receiving a tip that it was vacant. The grass was overgrown and the property was in need of maintenance. Someone had broken a small window in the side door, allowing entry to the house.

The house looks like time stopped ticking in the 1970’s. The living room is wallpapered, the stairs lined with red shag carpeting. The kitchen counter and cupboard don’t appear to have ever been replaced. The upstairs has been converted into apartment units. In one room, several keys can be found to different units. At the end of a hallway is a door without a doorknob that cannot be opened. What mysteries lie beyond it?

The basement has suffered water damage. There’s the all-too-familiar smell of mildew and mold. I looked in the garage for any signs of the house’s dark past, without success. I checked the garbage outside, again no remnants of the former owner to be found.

Were it not for the swastikas drawn into the rear balcony deck, one might never know that this house was owned by a Nazi supporter.

In a trash can is a parcel dated 2015 that was sent to one of the apartment’s occupants. The house appears to have been vacant for no more than a year.

As for the Hitler memorabilia, perhaps it’s now in a landfill site where it belongs.

Tue Feb 11 , 2020
In 1849 a large group of settlers fled their homeland of South Uist and Benbecula, Scotland. They had been evicted from the land by their landlords. The land produced failed potatoe crops which added to their dire situation. A group of families boarded a ship named The Tusker and made a two week journey to […] 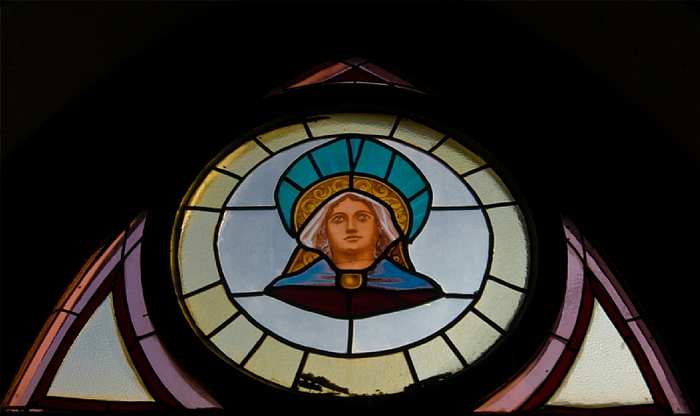