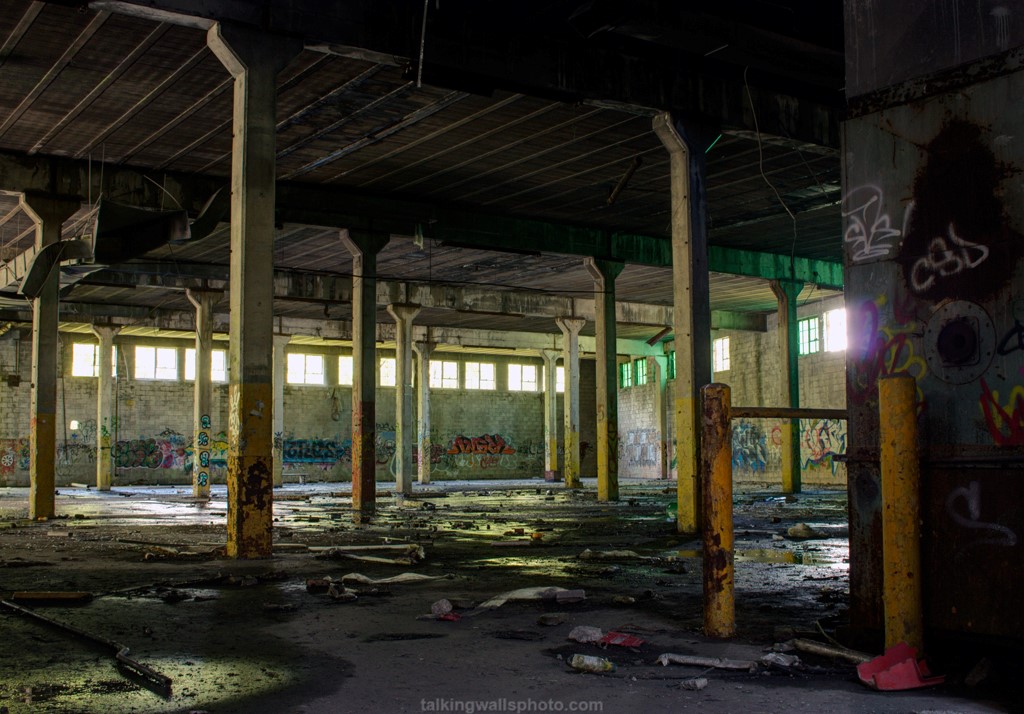 The Holmes Foundry was located in the City of Sarnia, which contains 20% of Canada’s refineries. In 1918, John S. Blunt registered the Holmes Blunt Limited name for his business. The foundry produced engine casting blocks and brake linings for the Ford Motor Company. There were two other operations which were the Caposite and Insulation plant and the Holmes Foundry Plant.

Workers at the foundry were unionized under the Canadian Auto Workers however efforts to unionize Caposite Insulation workers were met with opposition from management.

Conditions in the asbestos insulation plant were unsafe and management often dismissing worker’s concerns. With little ventilation, the men finished shifts covered in up to half an inch of dust, but weren’t provided with showers. Meals were eaten in the same room as the toilets.

On March 2, 1937 beween 30 to 50 of the European immigrant workers went on strike. They sat down in front of their machines and refused to work. The workers presented management with a list of demands: an eight-hour shift, a daily wage of 5 dollars, showers, toilets and a lunchroom, and recognition of their union committee. Superintendent W. B. Millholland refused to negotiate.

Approximately 300 Canadian-born men armed with blackjacks and bullwhips gathered outside the foundry and demanded the strikers step outside. Those who tried to enter the foundry were met with opposition from strikers on the roof. One man tried to escape the chaos and fell 30 feet to the ground, fracturing his spine, pelvis and ankle.A truck was used to break down a door, the mob rushed in and dragged the striking men outside.

The strike lasted 11 days. In the end, all of the striking workers were replaced.

As early as 1952, Ministry of Health inspections conducted at Holmes Foundry raised concerns about “silica, noise and smoke”. Asbestos and silica sand would be left uncovered in the yard. One report stated that, “Asbestos was everywhere in the Holmes facilities. Former Holmes workers tell horror stories of asbestos in the air so thick they could hardly see, of asbestos on the floor that billowed up whenever anyone walked through, and of asbestos on machines and on shelves. There was asbestos dust on the workers, on clothing, on exposed skin and in their hair.”

In 1958, the Holmes Foundry and the Ministry of Health exchanged correspondance acknowledging that there were potential health hazards due to asbestos exposure. When the Ministry conducted air samples later that year, they found that levels were 28 times over the standard. Despite this, no orders were put into place by the Ministry.

Inspectors returned to the plant in 1967 where they estimated daily production of asbestos to be 10,000 pounds. 34 air samples were taken of which only five were below the legal limit. During the 16 years that the government conducted air sampling at the Caposite plant, asbestos counts were reported to be “the highest ever encountered by this Branch in any of the plants in Ontario.”

In July of 1970, American Motors, Canada (AMC) acquired 100 per cent of the Holmes Foundry.

In the early 1970’s, when new chemicals were brought into the plant, the pigeons that roosted in the plant began to die. Former worker Clare Hall said, “They’d hit the floor. Sometimes they’d kick their feet but they’d be dead.” The women who washed their husband’s work clothes, may have suffered scarred lung cavities.

Between 1972 and 1973 the Ministry measured the asbestos levels to be as high as 852 fibers per cubic cemtimeter. They issued 29 orders to the foundry. In 1973, the Ministry of Health issued a “cease production” order. During a follow-up visit, inspectors found that the foundry had ignored that order.

On September 16, 1988 the Holmes Foundry was closed. A $7 million environmental cleanup was conducted. The Ministry of Environment issued a certificate indicating that the land had been decommissioned in accordance with all requirements.

In 1989 the land was purchased by a local realtor named John D’Andrea of the D’Andrea Group. The D’Andrea group was a group of Mr. D’Andrea’s friends and family. In 1999, D’Andrea said that he had a buyer offering $1.8 million for the property.

In 1999, the land was sold to a numbered Ontario company, identified as the Chippewas of the Thames First Nation near London. The Chippewas purchased the land with the intention to develop a casino. D’Andrea received $700,000 as he was the majority shareholder.

Things didn’t go as planned however. When D’Andrea claimed that he still had an interest in the land, police were called. It was determined that the property was actually worth $3.6 million and that D’Andrea had only sold half of the property interest.

When did the Holmes Foundry close?

Who owns the Holmes Foundry now?

Sun Feb 27 , 2022
The Gateway Motel was named such because it was one of the first motels you’d reach when arriving to Canada via the Peace Bridge from the USA. The reviews for the motel were below average. We visited this location during May of 2015 on one of my user meetups. At that time the beds were […] 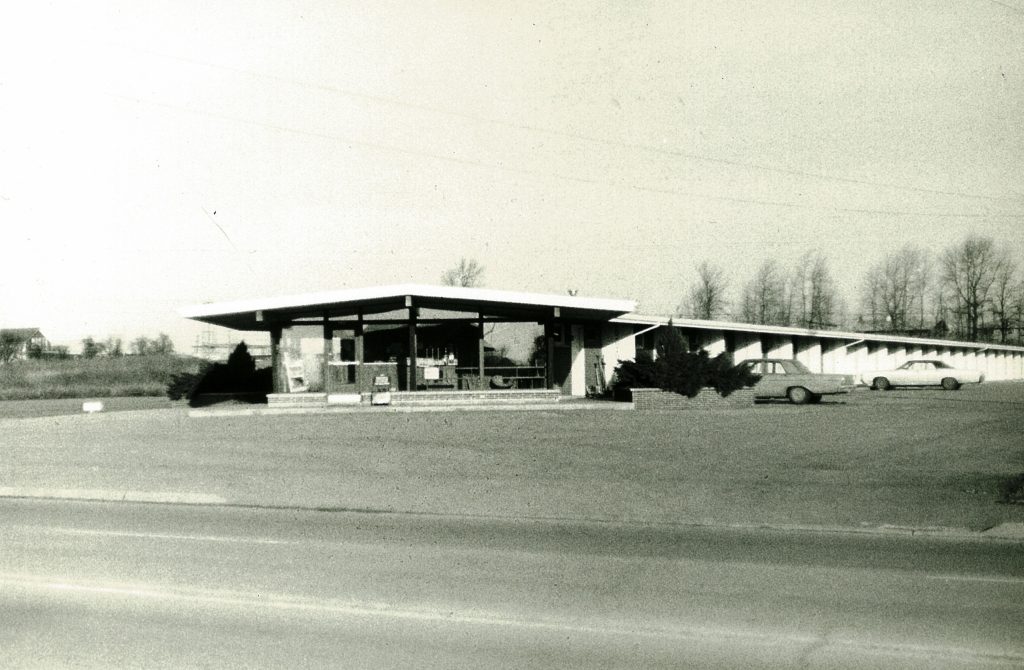