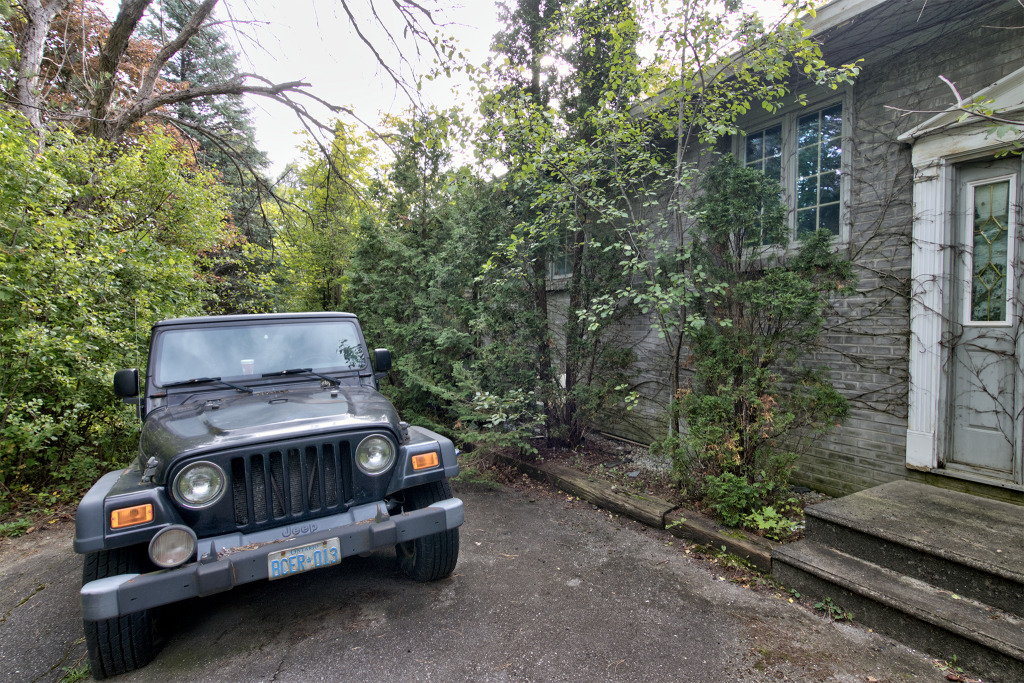 This house is located in Vaughan, Ontario. The property is quite overgrown and it’s evident that the house has been vacant for some time. Peering through the windows, you can see there’s no roof and the floors are soggy.

In front of the house, is a Jeep Rubicon with deflated tires. The licence plate sticker shows an expiration date of 2019.

I wasn’t expecting much from this house, but the contents didn’t disappoint. There are a few electronics left behind including a stereo system, a moldy Canon camera and flash strobe and on the floor, several coins. There was a bookcase with books related to Windows and Linux computing.

This would have been a nice house to explore before the water damage began. With the roof missing, the floors were soggy and most of the contents covered in mold or moss.

Based on my research, there were an eclectic mix of people living in this house. One of the more recent occupants was a man who is an actor. He’s appeared in 11 episodes of the TV series, Clutch. In total he’s appeared in 58 movies or television shows. Another former resident is part of a Bonsai club, where he grows miniature trees in his greenhouse.

I spent some time going through the content of the drawers and shelves. There’s a very old laptop which is moldy. I discovered some trays of bullet casings (the portion containing the gunpowder). In a bedroom I found even more gun related items. There was a gun case (but no gun), more shell casings, bullets projectiles and some particularly nasty looking spitzers. I remarked to my companions that I wouldn’t want to have explored this house while there were people living here.

The actor registered several websites, all of which are defunct today. I believe that he worked on, or sold, television pilots and was part of a film production company.

Fri Sep 30 , 2022
This is a four bedroom, three bathroom house located in the Toronto area. It’s not abandoned, but presently vacant. The owners are requesting permission to make alterstions to the property. The house looks to have been built around the 1960’s. It still has the original hardwood front doors. Post Views: 275 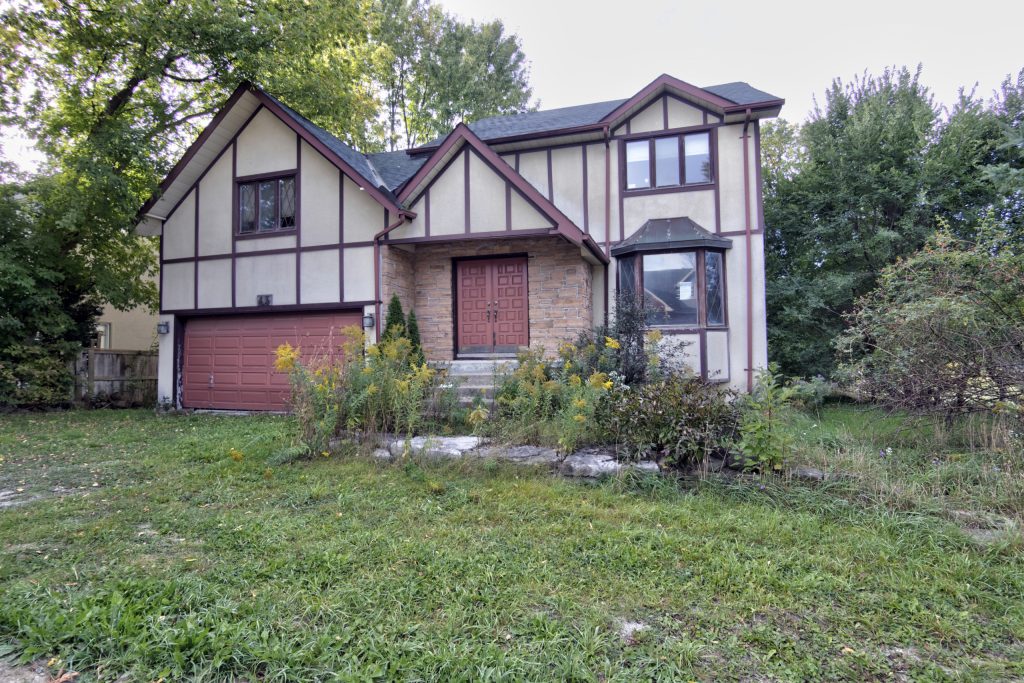