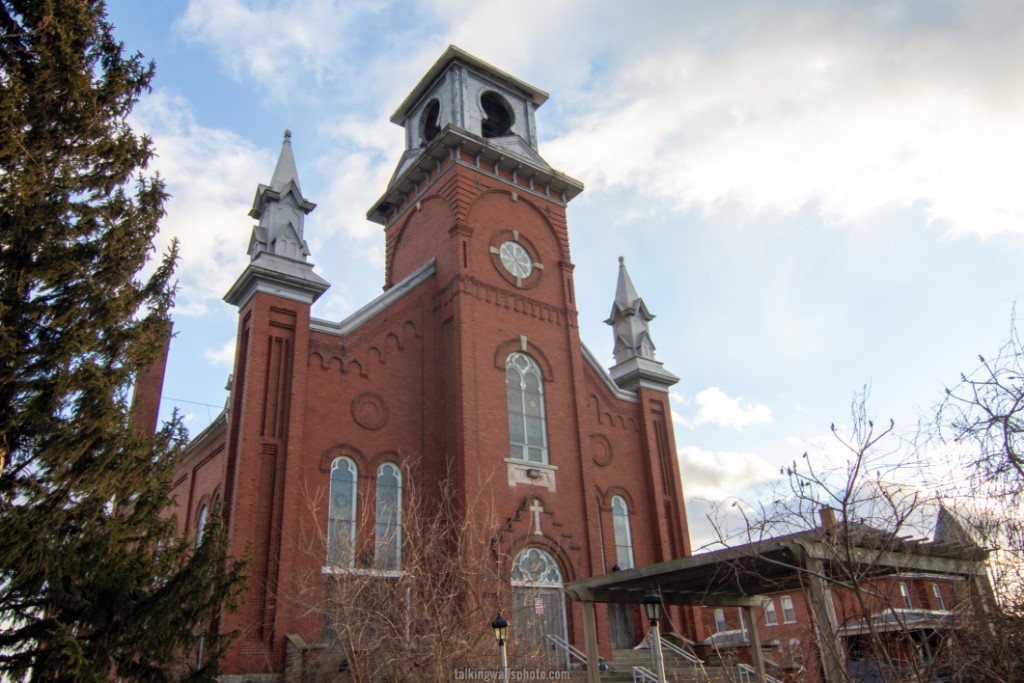 Plans were drawn up in 1903 and church construction began in 1905. It was constructed in Romanesque Revival style. The exterior had a round Roman arch which typically distinguished Roman Catholic churches in Ontario from Protestant churches that had a pointed Gothic arch.

One of Father St-Cyr’s last projects for his church was in 1911 when he ordered a large Opus 471 pipe organ from Casavant Frères in St. Hyacinthe, Quebec.

In 1929 a painting was commissioned for behind the altar. Additional renovations took place in 1961.

In March of 2000, a nearby church was closed due to unsafe conditions including falling plaster. A study was conducted to determine costs to repair that church, this church and another one. The result of the study suggested that the parishioners could renovate all three churches, renovate only thus church (because it was the largest building) or to construct a new church.

In September of 2000, 65% of parishioners voted in favour of building a new church.

In April of 2001, it was suggested this property be designated as a heritage site. In March of 2002, the town council refused. Today the property is listed as a designated historic building.

In 2005 three churches were amalgamated into the a new church. It was built at a cost of $5.2 million and capable of seating 700 people. Paintings, statues and the pipe organ from the old church were used.

The moment I walked upstairs into this church, I was blown away with emotion and excitement. This church is beautiful!

We parked down the street and walked in one at a time so as not to draw undue attention towards ourselves. The way inside was through a side door with about 1.5 inches of water covering the entire floor. I took a few photos of the basement and made my way upstairs.

I proceeded to take photographs of the church, thinking that these photos would turn out fantastic. What I didn’t realize was twofold:

one: I had my ISO maximum cranked up to ISO 6400
two: I’d inadvertently turned off my bracketing

As a result, every photo that I took inside the church was at the same exposure and with the high ISO, there was a lot of noise in the photos not to mention blur. F***

My companions were upstairs on the balcony when I heard someone speaking. I didn’t pay any attention, thinking it was someone upstairs. I then turned around and saw someone walking towards me from the front doors. Knowing that my friends were all upstairs, I looked closer and saw the word “POLICE” across the person’s chest.

Me: Oh, hi there.
OPP: What are you doing in here?
Me: We’re just taking some photographs.
OPP: Where are the others?
Me: (points upstairs) up there.

I asked if they were here because of a call, and the officer confirmed that. As it turned out, the owner (so I was told) saw us going inside the church. The church is closely watched he told us. Two more officers then entered the church from the rear. I chuckled as I asked them if they’d come from the basement because it meant they too had walked through inches of water.

I asked the first officer, “where did you come from?” and he told me that the front doors were open. Doh! He was pretty cool about the whole thing, even going so far as to take one of our phone numbers to give to the owner so we might have permission next time. The owner had already saw us go inside, so no further harm right? The officer then said, “But you’re going to have to leave.”

And so we did… he didn’t even run us through CPIC, so it was a really good outcome.

So this is why there are no photos of other parts of the church. I’ll have to go back and retake these photos some day.

Sat Mar 19 , 2022
This is a rural farm property with sheds and barns located in Stayner, Ontario. There’s a workshop with old wood-working tools. The crops are used for growing corn. And there’s a horse-drawn carriage in the barn! Someone may have been staying here at one point in time as seen by footprints in the dust, cans […] 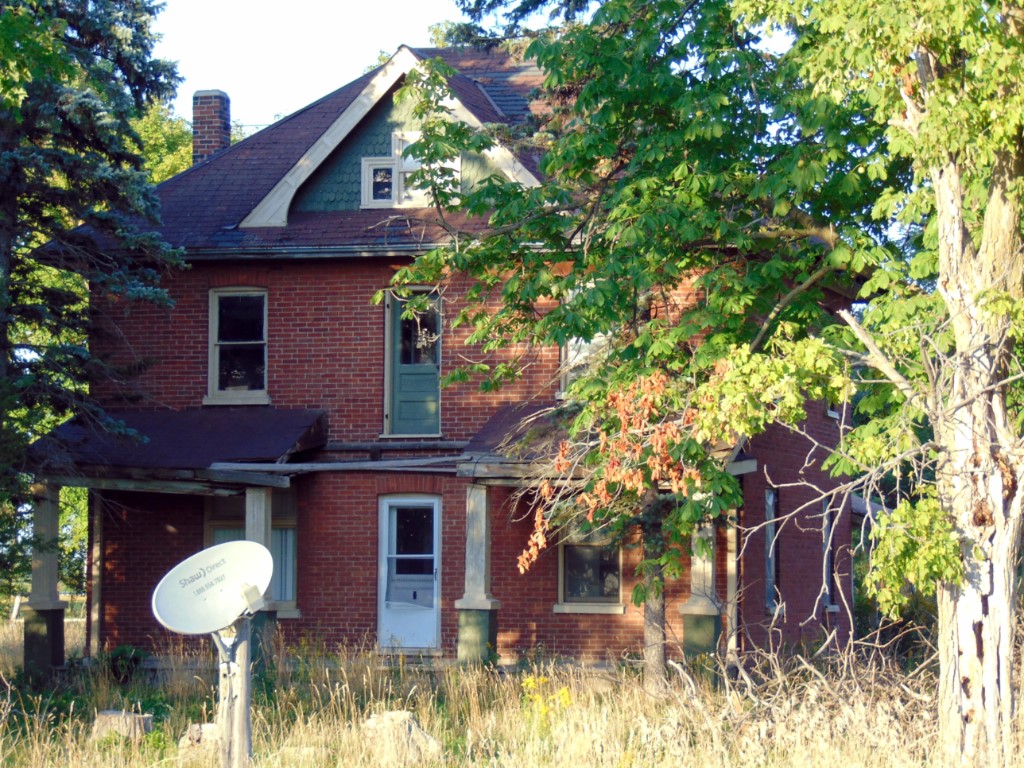