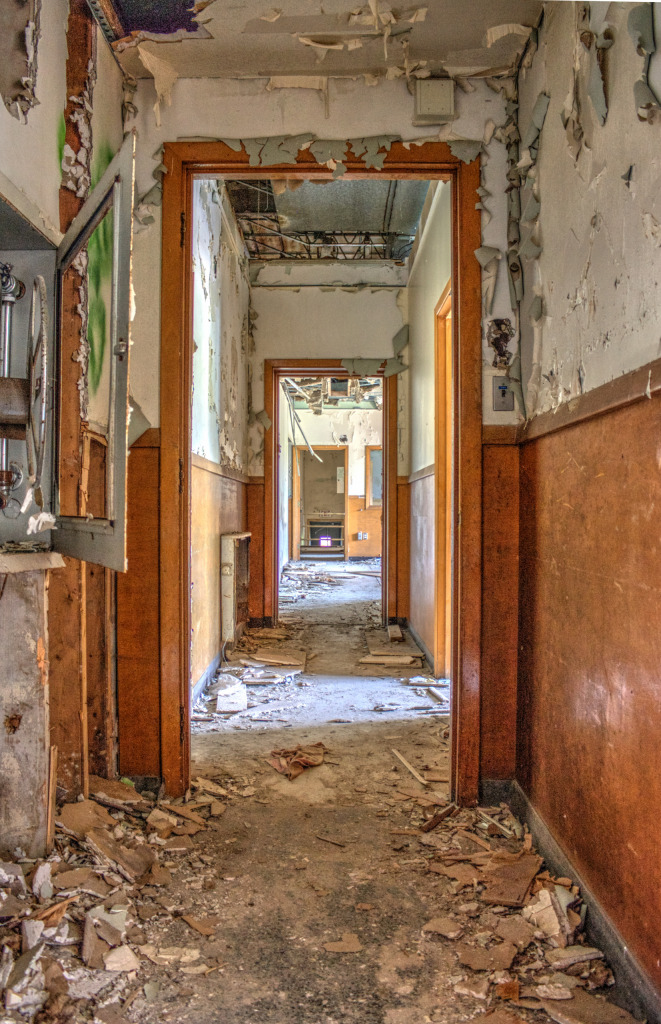 Scattered across Ontario are similar looking Ontario Provincial Police detachments many of which are aging amd prone to issues such as flooding and mold. These detachments are slowly being replaced with modernized buildings.

Woodstock (Norwich Township to be exact) is home to one such outdated detachment that closed in 2007. Up until mid-2007 the electricity was still active although the building had been vacated. Uncomfirmed reports indicate that flooding in the basement forced the OPP to close the detachment.

Vandals began to take notice of this abandoned location and at some point a window was broken allowing access inside and from there the building has been allowed to be destroyed by vandals. For at least three years this OPP station has continued to be vandalized as evident by the photographs below.

At one point a homeless person had been living in of the office rooms. There was evidence of bedding, a cell phone package, Tim Horton cups, human waste and food wrappers. A cloth has been hung over the window to serve as a makeshift curtain.

The jail cells are intact and fortunately the last officer to leave the building before it closed had the decency to chain the main cell door open lest someone become trapped inside.

The basement is flooded with approximately four feet of water and entry is not possible unless one walks on the frozen water during the winter.

When I first explored this location in 2008, most of the glass was intact. Four internal phones hung on the wall. The ceiling was pretty much intact and the building was clean. Today the ceiling has been ripped apart (most likely scrappers). The phones have disappeared. The interior door glass has been smashed and all interior windows have been smashed. Sharp glass litters the floor.

If you look at the exterior of the building you will find that youths have broken these windows out as well.

While it is on the outskirts of Woodstock, the property is located in  Norwich Township.

Mon Feb 21 , 2022
The Food ‘N’ Foam was owned and operated by businessman Jim McNiven and his wife Kay. Jim had experience in operating a restaurant, having previously owned the McNiven’s Dairy Bar in Talbotville. Food N Foam began operating in 1961 and was located at 9844 Sunset Drive in St. Thomas. The business was well known for […] 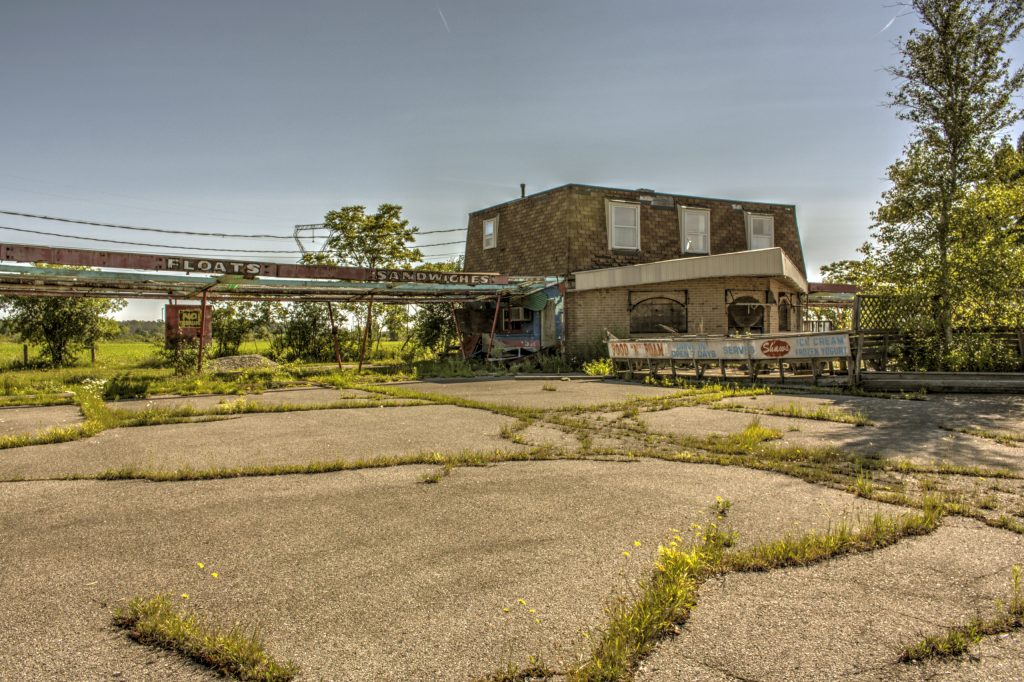