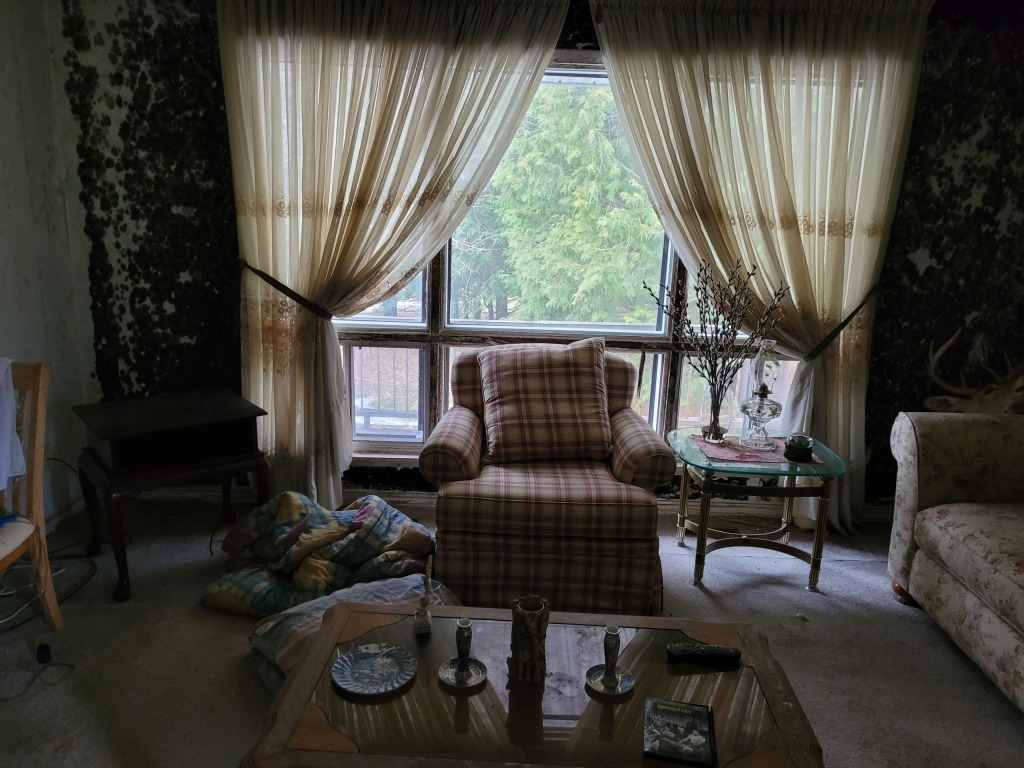 If you take a drive in rural Northern Ontario, you just might happen across this house. A vehicle in the driveway with Farming plates has collected a layer of dead leaves. Perhaps the vehicle has fooled people into thinking someone lives here, which in turn has held off the vandals.

Stepping inside this house, I was amazed. This was one of those places that makes the entire day trip worth it regardless of how you make out exploring the remainder of the day.

Everything has been left behind. The living room is immaculate, couch and chairs are in place and a coffee table with plate where someone may have eaten their last meal. Around the corner is a shelf with bottles of alcohol and drinking glasses. In the kitchen you’ll find the cupboard stocked with dishes and cups. There are coffee containers on the counter top.

The bedrooms are also untouched. The closets are filled with clothes and jackets, the beds covered in comforters. The dresser drawers are filled with personal items. A clock radio sits on a nightstand, beside a bottle of water. In one room is a disposal container for syringes, suggesting perhaps someone was ill.

I was able to learn very little about the person who lived here. I know his name, and that he farmed on his land. He’d go over to his neighbours for eggs and to chat.

The owner of this house passed away in 2015 at the age of 65. For eight years his house has sat untouched, the hydro never having been disconnected. Nothing has been disturbed, and fortunately people haven’t found the house to rummage through it. There’s no graffiti, no holes in the wall, it’s perfect… almost.

Without HVAC, there’s now a thick layer of black mold on the living room walls. Despite wearing a mask, I could taste the filth in my throat as we drove to the next location. The mold hasn’t always been there, previous explorers have been here before.

I believe the man was in the Knights of Columbus and worked for the City of Toronto.

I did see some photos of the man taken in earlier years. There were no photos of a spouse or family members. In one of the bedrooms however is a purse and ladies clothing. The man was clearly Catholic as there were crosses with Jesus hung above the beds and other religious items throughout the house.

Perhaps the saddest part, is that the obituary contained no history on the man. It didn’t have his life story and the only condolences were from his neighbours. There’s no mention of a wife – there’s nothing at all.

This is why I started in this hobby. Not to sell merch, not to go paranormal hunting, not to make money posting daily… but to tell the stories of people who’ve passed on.

For now, this is all I have to the story. I’ve reached out to the man’s former neighbours and perhaps they’ll respond.

Three Elegant Houses in a Row

Wed Jan 18 , 2023
I’d been doing some research on abandoned properties and happened across an address for a vacant house in the Toronto area. I added the house to our exploration itinerary but what I didn’t realize was that right around the corner from it, were three large vacant properties. To find one of these luxurious properties is […] 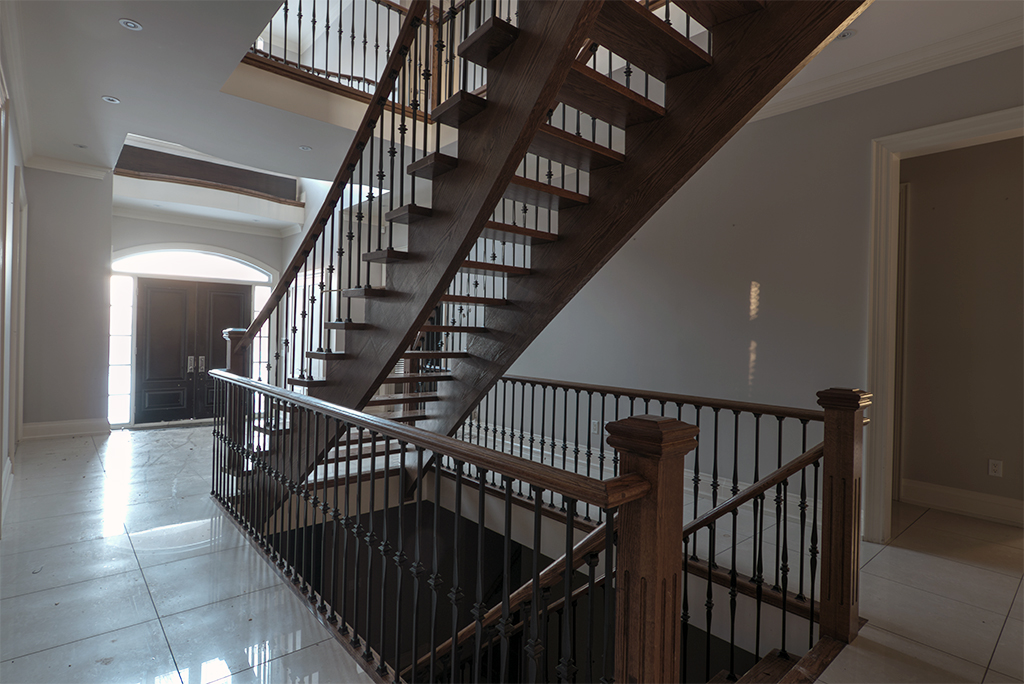