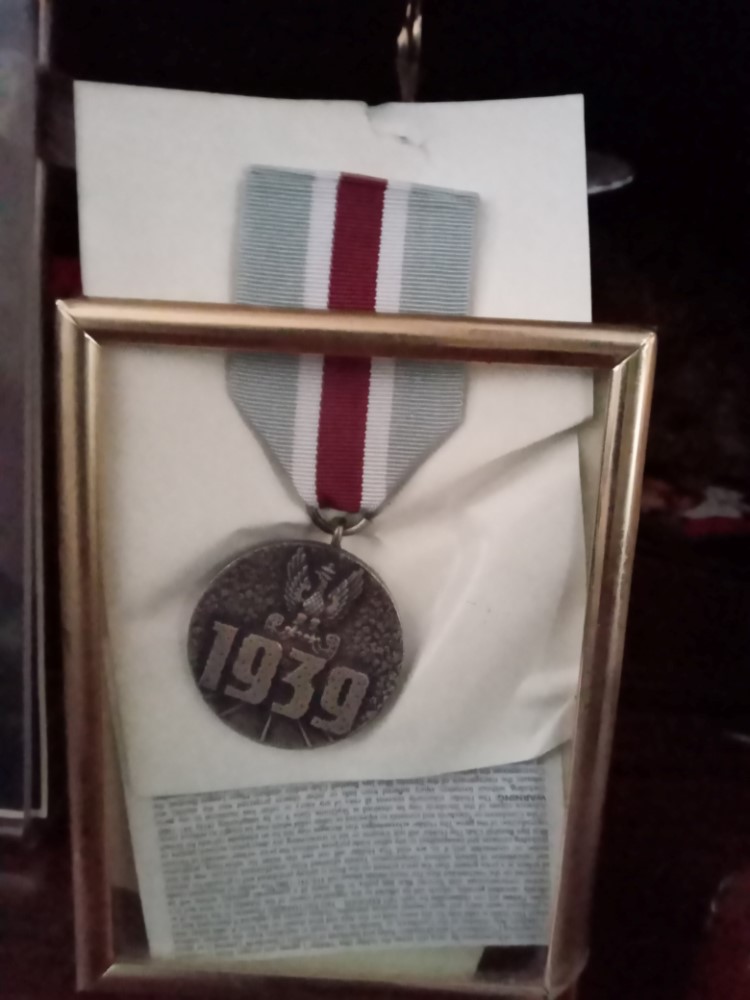 This house is the kind of house that I’ll drive hours to explore. You could easily spend hours here, pouring over the contents left behind. I’m naming this location, the “Polish Soldier’s House” and this is the back story.

To keep undesirable people from finding the house, names aren’t being disclosed nor are the full dates. As enjoyable as it is to present these houses, there is still a family we need to be cognizant of.

A.K. was born August of 1914. I.T. was born February of 1924. During World War II, I.T. arrived home one day to find that her house was being taken over by Nazi soldiers.

A.K. enlisted as a soldier in the Polish army as a translator as he was able to speak several languages. A.K. & I.T. ended up as prisoners in a Nazi camp.

The couple moved to Belgium after the Second World War and were married in 1946. They celebrated their first anniversary in Belgium. The couple eventually emigrated to Canada and had a daughter and son. I believe that A.K. worked as a teacher in Canada.

They purchased this house in 1969 for the amount of $2 which is typical of homes transferred down from family.

The couple passed away in 2010 which means that the house has been unused for 12 years now. What makes the house so appealing to me as a historian, is that the couple were elderly and so many of the contents of the house are antiques.

The front entrance has a few items piled into boxes. It looks like someone started the process of packing up the house, but stopped. An antique radio cabinet sits at the stairs leading up to the living room. In the living room, there’s a framed certificate from the Association of Professional Engineers. The certificate is dated 1971 and is issued to someone with a last name that isn’t found anywhere in this story. The frame is broken and shards of glass are embedded into the carpet.

This is one of those houses where your mind struggles to absorb a whole lot of stimuli at once. There are boxes of items everywhere you look. In the dining room is an antique boat steering wheel. On the dinner table are assorted kitchen pots and pans. The wall unit has several old wine glasses and beer steins.

On the bottom shelf of the wall unit is a Second World War Medal dated 1939.

Explorers often find these houses in a variety of conditions. Ideally the rooms are intact, clean, and look untouched from an earlier era. Worse case, they’ve been vandalized, items strewn about and there is water and mold damage. The living room is still very much intact and looks like a throwback to the 1970’s. There are pillows, a laundry basket and several framed paintings out of place making the room appear cluttered. While not a perfectly untouched time capsule, this house has zero vandalism.

There’s an old bookcase shelf unit that goes from floor to ceiling, as many 70’s houses had in the entranceway.

In the kitchen I found a frozen carton of chocolate milk. I tried to examine it for an expiry date but it was stuck to the sink. I totally forgot to check inside the fridge. To the left of the fridge on top of a pantry, are several newer looking cans of soup. A cartoon figure has been made out of fridge magnets and I suspect the couple had frequent visits from their nieces and nephews.

Someone has written “abandoned house sign in “ on the fridge but then wiped out their names. It looks to have been done in marker, which is generally frowned upon by explorers. A fridge magnet shows a calendar date of 2006, four years prior to the occupants passing.

The stove and kitchen counter top are covered in stacks of pots, cups and utensils – most of which are clean. On the kitchen table is a Time Magazine dated December of 1992.

The electricity is working, which brings the question who has been paying the utility bills for 12 years?

In a back room area, the light is on. It appears someone has been using the house to smoke. There’s a can of energy drink, cigarette butts, and what looks like dried marijuana on the table. The patio door is covered with plywood which I suspect that at some point someone had broken into the house, and the door was covered to prevent further entry. I found several stacks of old 33 RPM vinyl records including a 1983 Smurf’s Party Time LP.

Upstairs, one of the bedrooms contains old board games, books (primarily electrical engineering) and some vintage 8-track tapes. There’s no bed and the carpet has been torn up. The second bedroom looks untouched. The bed is made, one wall has a large book case filled with assorted books and albums. Inside the closet you’ll find several dress jackets. The third bedroom is pure clutter. The bed is covered with bags and clothing. The closet in this room is also untouched.

In my haste, I forgot to check inside the fridge, the basement and in the garage. For some reason I had this nagging concern that someone would show up at the house while I was inside.

What will become of this house, who can say. I hope it remains intact for more trusted people to visit.

Mon Mar 7 , 2022
I’ve known about this house for a while now and finally decided to give it a visit one rainy morning. I wasn’t sure that I’d be able to gain access once I saw fresh plywood on a patio door and tire tracks in the driveway. Fortunately a door was open. Nothing really stood out to […] 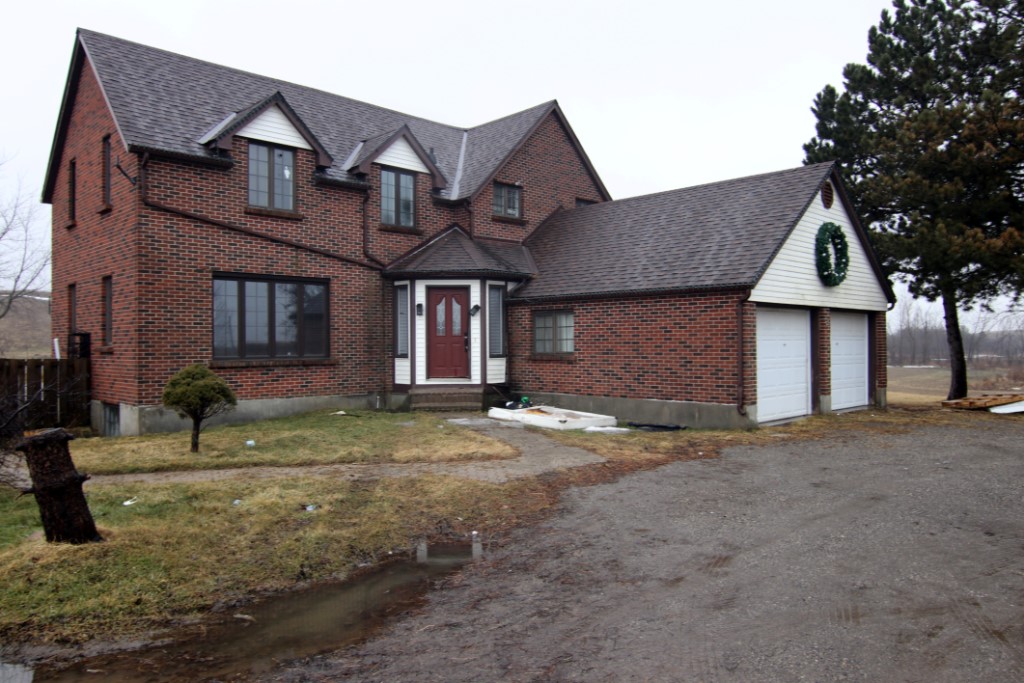