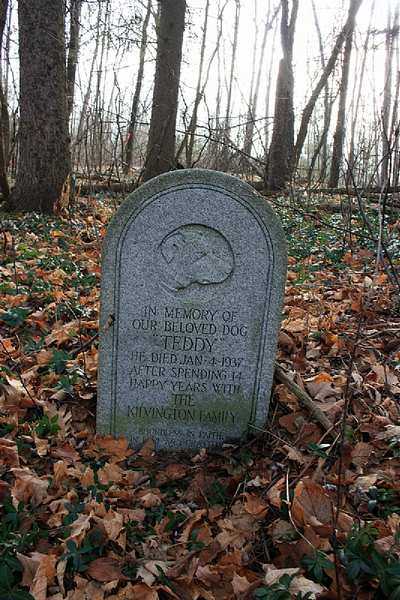 During the early 20th century long before 24-hour retailers and high speed internet, people were able to take the time to appreciate the simpler qualities in life. Loyal companionship wasn’t determined by the hundreds of people on your social media that you rarely spoke with. Companionship during those lonely nights came in the form of a loyal four legged friend.

Victor P. Blochin was a major in the Russian Red Army. While fighting during the First World War he was captured and became a prisoner of war in Germany. One of his fellow captives was a man named Angus Campbell, who was the Lord of Dunstaffnage Castle in Scotland. Campbell befriended Blochin and told him about his West Highland (or Westie) breed of dogs that he kept at his castle. When the war ended Blochin travelled to Scotland to claim a dog that Campbell had set aside for him. The dog was named Snejka which means ‘Little White Snow Flake’. Blochin remained at the Scottish castle working as a gardener and groundskeeper until the 1920’s when he moved to Canada, along with a male (a son of Snejka’s) and a female Westie.

Blochin settled in Aurora, Ontario and purchased land upon which he designed and built a stone house which he named Silverdale Farm. In 1927 he opened Bencruachan Kennels.

Anne Wilzon first entered the publishing field after college. She worked in New York before moving to Canada and joining the Musson Book Company. She then transferred to the Maclean Publishing Company where she was associate editor of Canadian Homes and Gardens and Mayfair magazines. Wilson was the founding editor of Chatelaine Magazine, a position she resigned from when she married Victor Blochin in 1929.

Bencruachan Kennels would become one of the most respected dog breeding kennels in the world. Blochin won several awards for the dogs that were bred at the kennel and had a trophy named after him – The Victor Blochin Memorial Trophy.

The kennel had a cemetery located in the nearby forest which was used for burial of the couple’s pets. The couple erected a stone memorial that read, “Our Dear Pets: they lived happy and died beloved – Anne Elizabeth and Victor Blochin, 1933.”

In time the cemetery became a public burial grounds for pets and known as “Happy Woodland”. Besides dogs and cats the cemetery contained the remains of birds, rabbits, a soldier’s horse and a monkey named Peter. The grounds were cared for; weeds were pulled and flowers planted. Elizabeth Anne would often invite the pet’s owners into their home for tea.

Caskets were sold for $50 and many prominent families buried their pets in the cemetery and purchased a granite headstone.

Before her marriage, as Elizabeth Wilson, Mrs. Blochin was a well known author of short stories and articles. She wrote a book titled “That Dog of Yours” published in 1941 by Macmillan Company of Canada, Ltd.. The book dealt with the raising and care of dogs.

According to Mrs. Blochin’s book there were paranormal experiences that occurred on the property. Several hundred animal lovers had attended a ceremony for the unveiling of a central monument. A visitor to the ceremony took a photograph of a flower filled grave marker.

Mrs. Blochin writes, “… On developing the negative, the photographer was amazed to see, clearly defined in the picture, the figure of a dog lying at the foot of the grave. She sent it to us with the query: ‘Is this the spirit of your Happy Woodland? It was the undeniable likeness of a dog, though there were no living dogs in the cemetery at the time.

When the photograph was shown to the owners of the grave, they immediately recognized it as being that of their small mongrel who had been buried a few months prior. The owners showed several photographs of the dog taken while it was alive and the resemblance was striking.

In another story told in Mrs. Blochin’s book, a dog of hers named Solo had escaped from the kennel one afternoon. Thinking that the dog would return, the family sat down for their evening meal. A few minutes later the evening train roared past the houe. Mrs. Blochin saw Solo run past the dining room window and away from the railroad tracks.

The next morning Mrs. Blochin set out with another dog in search of Solo. As she was passing through a wooded spot, Solo suddenly appeared. He trotted up to the other dog, and both wagged their tails, nuzzling each other. Solo was within a few feet of Mrs. Blochin, and there could be no possibility of a mistake in identification.
Turning towards home, Mrs. Blochin was surprised to discover that Solo had disappeared.

When she arrived at the house, her husband hesitantly informed her that Solo’s body had just been discovered on the railroad tracks. The dog had apparently been killed by the prior night’s train.

In 1975 Victor sold his kennel to two young men who continued operating a kennel on the property.. The new business operated until 2011 when it was closed to make way for a new municipal shelter. As part of the original agreement of the sale, Victor insisted that the land would always be used for the betterment of animal’s lives.

The earliest markers are from the 1930’s and the latest marker is from about the year1975. It’s quite likely that the owners of these pets have also passed away. There’s no organization to the markers – you’ll find them everywhere. Forest growth has covered up many of them and we missed finding many of them during our visit. The actual number of graves will never be known however one visitor wrote that they’d seen at least 200 of them. It would be best to visit here in the spring before the weeds begin to grow.

The land is being proposed for the location of a 195-unit subdivision. The developer has agreed to honor any historic designation granted to the cemetery. Finding the location isn’t easy and rumour is that the locals don’t want it being found. The remoteness of this location means vandals could cause significant damage and given the uniqueness of this location, we’re choosing not to disclose the whereabouts. Even if you were to find the general area, it’s surrounded entirely by forest and the road leading in belongs to a private household. If you do manage to find this location, please remember that this is a place where people buried loved animals and it represents over 80 years of memories. Preserve don’t destroy.

It isn’t just animals buried on the property. A woman named Florence Capstick was a regular visitor to the kennel, and an avid animal lover. Although she had no pets of her own buried at Woodland Pet Cemetery, her will requested that her ashes be scattered over the grounds of the Woodland Cemetery.

Wed Feb 12 , 2020
This abandoned funeral home was located at 5647 Main Street in Niagara Falls, Ontario. It’s believed that the owner retired. Entry to the building took was an office window and once inside we were greeted with an immaculate funeral home. The electricity was still operational and we were quick to notice that an alarm system […] 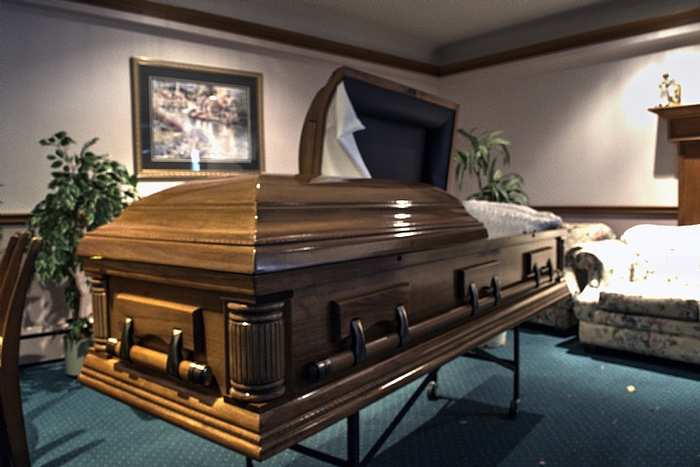