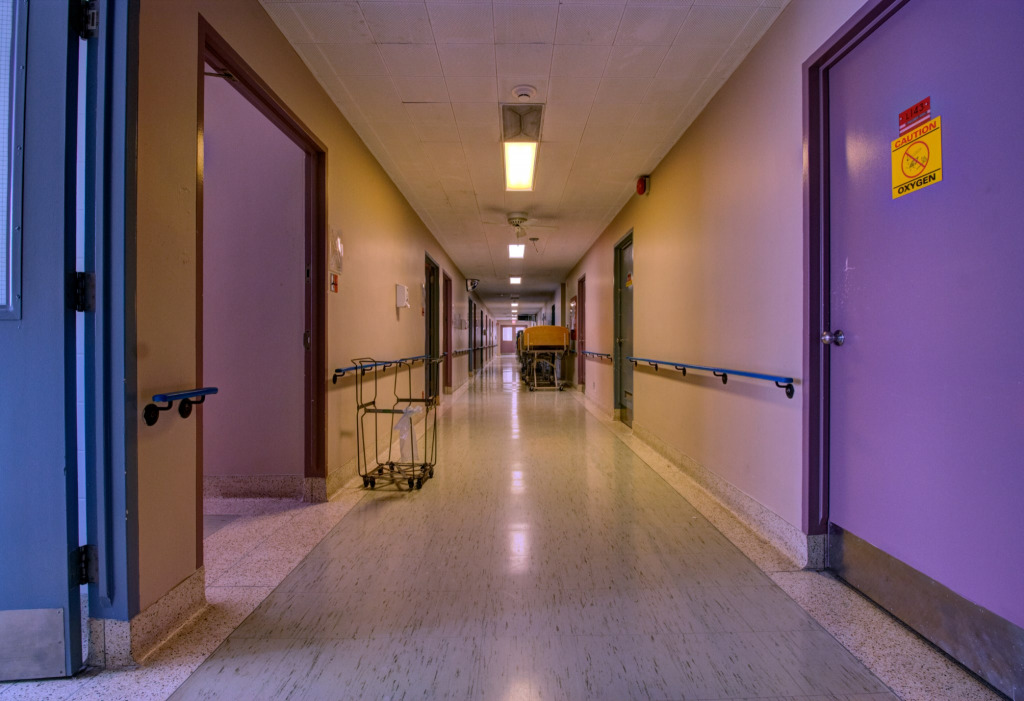 The original asylum examination building still stands today but is extremely unsafe to explore due to the flooring.

In 2001, St. Joseph’s Health Care took over the institution and changed the name of the facility to Regional Mental Health Care London (RMHC). The hospital provided in-patient and out-patient support services for people suffering severe mental health issues. The facility was sometimes referred to as the Highbury Hilton, presumably for people who were long-term patients there.

The Regional Mental Health Care facility operated until November 2014 when services were transferred to the Parkwood Institute.

While the majority of the former RMHC property was shut down after 2014, a laboratory in the highest portion of the building remained in operation until 2020. By late 2020, the entire property had fallen into disuse.

In 2015 I visited the former hospital. It was a tense visit because there was active security on the grounds and working video cameras everywhere. The basement was eerily quiet. I could hear some machinery humming away and expected to see a worker every time I turned a corner. We were able to find the former morgue but all that was left was a sink and a drainage pipe in the floor where I believe the table would have once been.

Electricity was still working and the property was PRISTINE.

In January of 2019 it was announced that Old Oak Properties had purchased the 160-acre property from the province for $17 million dollars. The plan is to build over 3,000 homes including townhouses and mid and high-rise towers including seniors and student residences. The development is estimated to take between 10 to 15 years.

Today don’t be surprised if you find people walking their dogs. The forested roads that Superintendent Bucke sought to create a peaceful environment, still live on. There is an assortment of wildlife to be found. It’s a nice place to go for a walk. Stories vary on whether security or police will ask you to leave. I’ve waved to security as they drove past me. I’ve driven past the London Police. Nobody has ever told me to leave.

The windows are now boarded and the hydro turned off. It’s now dark and moldy.

There are several ways inside. Scrappers have been busy here as evident by the holes in the walls and the ceilings ripped apart. Several copper pipes have been cut. There’s semi-fresh food to be found inside, and someone is living in the lab portion of the building. There is extensive vandalism inside and the building looks nothing like it once did from 2015.

Police and ambulance services are no longer responding to the site due to the repeated trespassing and drug use occuring inside. There are multiple ways inside the buildings.

Tue Oct 6 , 2020
This abandoned rural farm house is called House of Dangers. It’s name stems from the open well hidden in the grass. On September 9, 1938, a twenty-five year old Second Leutenient American army pilot named James Breathitt died on the property. Breathitt was flying a P-35 Pursuit plane. the cause of the crash was said […] 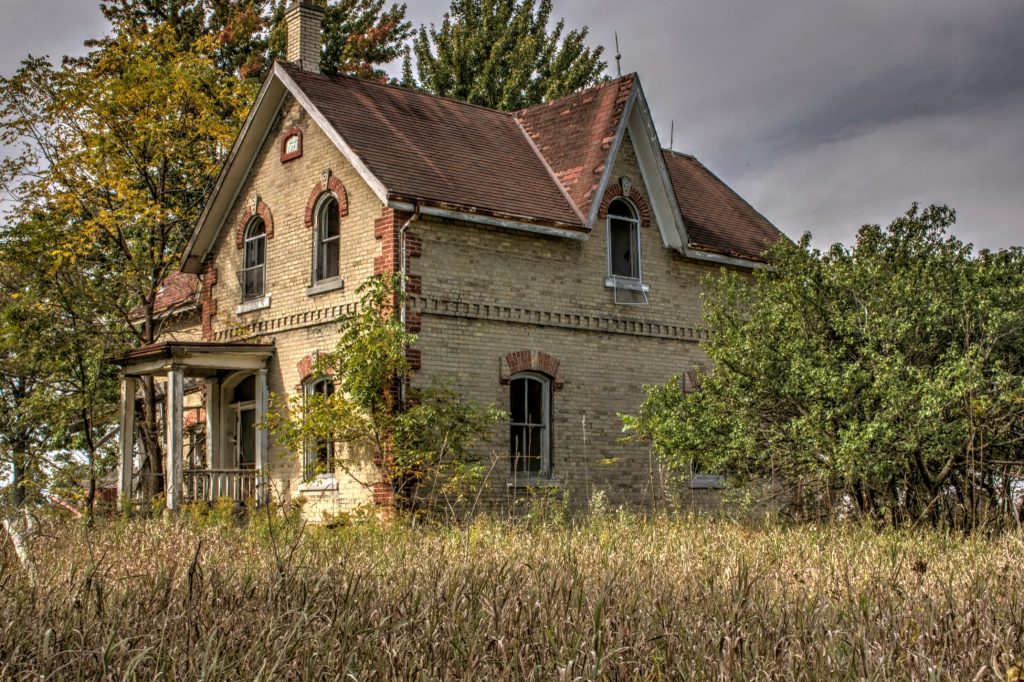