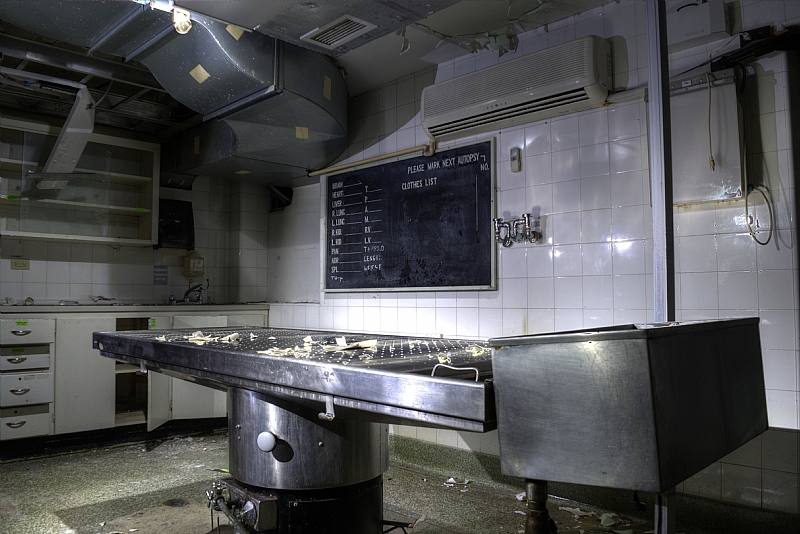 St. Catharine’s first hospital was founded by Dr. Theophilus Mack in 1865. It was built on Cherry Street and contained four beds. The hospital provided medical care for sailors passing through the Welland Canal as well as to the local residents.

A second hospital, on Hainer Street, opened in the spring of 1867 and was three times larger with twelve beds.

In March of 1870 the board agreed to purchase the Winsor Chase house on Queenston Street. The house was remodelled to create room for sixteen beds. It opened in September of the same year. The last official address was 142 Queenston Street.

In 1924 the hospital’s name was changed to St. Catharines General Hospital.

The Leonard Nurses Home, a residence for nurses, was built to the east of the hospital. There was room left between the two buildings to add on a wing at a later date. The residence was named after Colonel Reuben Leonard, a board member who financed the construction.

The top two floors were demolished in 1972 and the second floor joined to the Moore Wing of the hospital.

The St. Catharines General Hospital closed on March 24, 2013 at 6 a.m. when services were moved to the new facility on Fourth Avenue.

A year earlier, Panoramic Properties Inc. agreed to purchase the property to be used as multi-unit residences while preserving some of the building’s historic features.  Local residents and businesses became tired of looking at the dilapidated structure as it sat idle until 2017. In 2017 a new owner, Queenston Oakdale Limited took over. Panoramic hasn’t disclosed why they didn’t proceed with the project.

Attempts were made to keep trespassers out from the property. This included German Shepherd guard dogs which were housed inside the hospital. While I explored this location, I came across the sleeping area for the dogs. Other explorers reported finding dog feces in the hallways. This seemed like a large liability to me if anyone were to be attacked by the dogs.

The dogs were removed some time in 2017. I’ve often wondered, how guard dogs can be vicious yet welcoming to the people who care for the property.

Cameras were installed, windows boarded and doors welded. The rear of the hospital was out of the public eye which allowed people to attempt to make entry. On my visit, an exterior door was off the hinges and laying on the ground.

A news article reported that the fence had been cut at least “100 times” by people looking to gain entry.

In December 2018 Starnino Environmental Recovery was hired to commence demolition. Equipment arrived on site December 1, 2018 ready to demolish the property. Demolition was delayed as the property had to be searched for any squatters inside.

One of the first areas I explored was the morgue – a must see. I’m not quite sure what the fascination is with morgues, perhaps it’s because it’s an area of any hospital that’s kept out of view of the public. It represents the end of life cycle, unlike the nursery where the public can view the beginning of life.

Is the St. Catherines Hospital haunted?

While people pass away in hospitals, who can say if this one was haunted? We experienced no paranormal activity though the morgue was creepy

Where is the St. Catherines Hospital located?

The hospital was located at 142 Queenston Street in St. Catharines. It’s now demolished.

When di the St. Catharines Hospital open and close?

What did you find in the morgue?

There was a small fridge unit with human specimen jars that had tissue samples inside of them.

There was a fridge unit with samples of human tissue, and patient names on them. I’m not showing the names however I’m quite certain this was a privacy issue.

This room looked to be a laboratory of some sort. There was a board not far from here where explorers signed their names.

On the main floor down from the reception area was a large board room. I heard stories that kids were later found in here smoking marijuana. It was completely dark in here as there were no windows, and we were very much alone on our visit.

The property has seen it’s share of vandalism both from acts of mischief and scrappers looking for metals.

If you’ll excuse the pun, it’s a miracle that this beautiful stained glass window in the chapel survived the years of this hospital being abandoned. Not one broken pane.

This room retains the look of what the original rooms may have looked like decades ago. The fireplace has been sealed off.

Of course there was the cafeteria to explore

And many hallways with identical looking rooms

This could very well be the wing that connected the nurse’s residence. I don’t remember.

This room had been padlocked until some explorers took it upon themselves to break in. The result was that several photographers were able to take photos like this one, but also allow vandals in. The machines had paint tossed on them some time after my visit.

One question that often arises is, why doesn’t this equipment get donated to hospitals that could use it? That’s a very good question. I believe part of the answer is that the equipment becomes obsolete relatively quickly. Could it not be shipped to a needy country?

In contrast to the morgue where life ends, this is where life begins. The nursery.

Tue Feb 11 , 2020
The famous grow op mansion in King City where marijuana was grown. The house became a hot spot for urban explorers and the house was trashed. 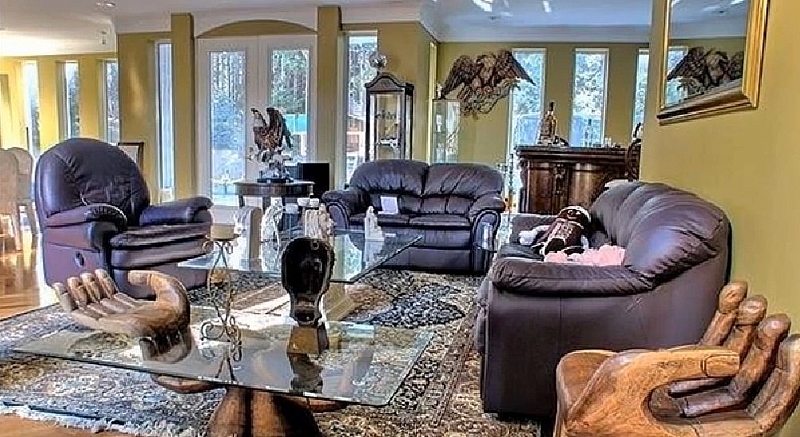